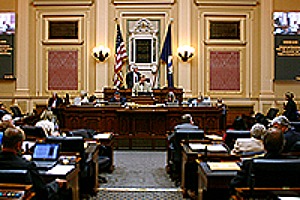 The Arlington County Board gave final approval of the county’s legislatives priorities for 2016 at its meeting Tuesday.

The county’s 2016 legislative priorities will be sent to and considered by Arlington’s state legislative delegation.

It includes a series of legislative proposals compiled by Board members and county staff, outlining key issues the county would like local lawmakers to address in legislation.

This year’s legislative priorities include:

In total, there are more than 50 priorities in the package, divided into eight categories.

Virginia’s 2016 General Assembly session will last for 60 days, beginning on Jan. 13 and ending on March 12.