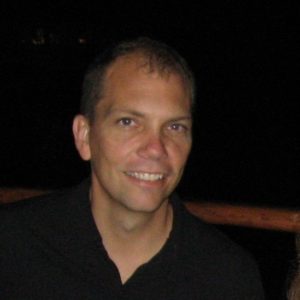 Arlington County Board Chair Libby Garvey will face a primary challenge on her left this year.

Erik Gutshall, a small business owner and Arlington Planning Commission member, announced on New Year’s Day that he will be running against Garvey in the June Democratic primary. Garvey is nearing the end of her first four-year term on the Board.

Gutshall, who lives in Lyon Park and previously served as that community’s civic association president, said he intends to run a positive campaign against Garvey, who drew the ire of the local Democratic establishment after successfully campaigning against the Columbia Pike streetcar project and endorsing independent County Board member John Vihstadt in his two races against Democrat Alan Howze.

“Our county best meets the challenges we face when we are united behind our shared progressive values,” Gutshall said in a statement.

Gutshall, a 20-year resident in the Lyon Park neighborhood, owns Clarendon Home Services and is a longtime civic activist who has served as civic association President and on the Planning and Transportation Commissions, has been active with the Chamber of Commerce and the Economic Development Commission, and is a Board Member of the local non-profit, Doorways for Women and Families.

“I am running to bring a new perspective to our county, and to engage our community in a forward-looking vision for Arlington,” Gutshall said. “I believe the politics of late have been divisive and instead hope to have a positive, energetic campaign.  Our county best meets the challenges we face when we are united behind our shared progressive values, and I look forward to bringing people together for the future of Arlington.”

Gutshall is going to officially kick off his campaign at the Lyon Park Community Center on January 22, and will announce his candidacy at the Arlington Democratic Committee Meeting on February 3.

Libby Garvey is running for re-election after serving one full term on the County Board. The primary is scheduled for Tuesday, June 14.