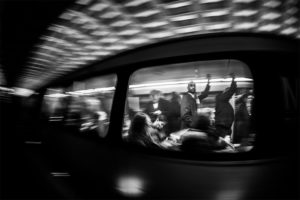 Metro today announced it will reopen its stations for limited — but free — Metrorail and Metrobus service tomorrow.

Red, Orange and Green line trains only will run between 7 a.m. tomorrow and midnight.

Service on these lines will be limited to underground stops and trains will run every 20-25 minutes, Metro said.

Buses will operate every 30 minutes on just 22 routes between 12 and 5 p.m. tomorrow. According to Metro, “many of these routes will operate on snow emergency routes only to keep vehicles off hilly terrain, narrow side streets and other problem areas.”

The following bus routes will have service tomorrow: