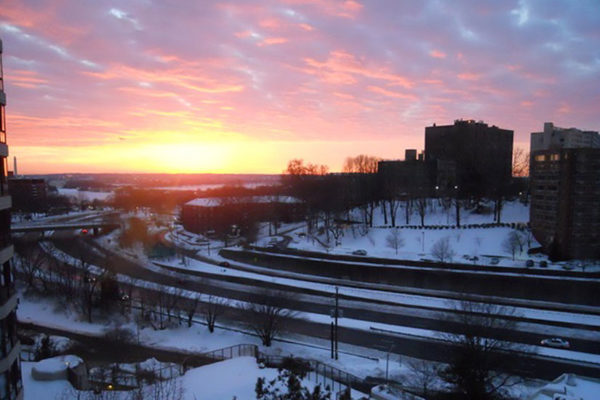 County Moves to ‘Phase 4’ of Snow Cleanup — With all residential streets passable, Arlington County has moved to “Phase 4” of its snow removal operation. “Phase 4 will focus on clean up, widening primary and secondary routes, as well as addressing trouble spots in residential areas,” the county said. “Widening and hauling snow from major corridors will continue at night when it is safest — we will do our best to minimize disruption, but please expect some noise.” [Arlington County]

Heavy Traffic Again This Morning — Pretty much the entire stretch of northbound I-395 was a parking lot this morning, as the D.C. area continued to get back to work following this past weekend’s blizzard. Other traffic problem spots include eastbound Route 50, which was backed up starting around Courthouse, Washington Blvd around the Pentagon, and the southbound GW Parkway, which slowed near the first overlook.

McMenamin Digs Out Maywood Neighbors — One Arlington neighborhood that was particularly slow to be plowed after the blizzard was Maywood, along Lee Highway. Residents pitched in to clear the streets, including former independent County Board candidate Mike McMenamin, who “brought out his powerful snowblower and carved out walkways, driveways and helped clear a path for an Uber driver whose Chevy Suburban got stuck at the height of the storm.” [Washington Post]