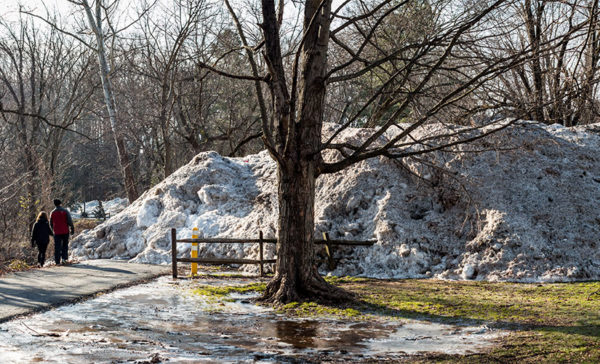 Authorities Still Investigating Oil Sheen on Potomac — In an effort to find the source of an oily sheen on the Potomac River near the Roaches Run Waterfowl Sanctuary, the Coast Guard, state authorities and the Arlington County Dept. of Environmental Services will be conducting a “dye test.” Non-toxic dye may be seen in the river today. At least 23 birds were were sent to a wildlife rescue organization for cleaning as a result of contact with the oil. [U.S. Coast Guard, Facebook, WJLA]

Two Displaced By Fire Near Clarendon — A structure fire Friday night on the 1200 block of N. Kirkwood Road, near Clarendon, has left two residents displaced. No one was injured in the blaze. The residents are being assisted by the Red Cross. [Twitter, Twitter]

Nauck History Project Seeks Contributions — As part of Black History Month, Arlington County is encouraging residents of the Nauck neighborhood to donate images and stories to the Nauck/Green Valley Heritage Project. The project has an online archive dedicated to preserving the community’s rich history. [Arlington County]

Arlington Makes AARP ‘Healthy’ List — Arlington County is among the top “medium population cities” for those ages 50+ to stay active and healthy, according to new rankings. [AARP]

Clement: Support Governor’s I-66 Plan — Frequent local candidate for elected office Audrey Clement is encouraging Arlingtonians to support the McAuliffe administration’s plan for tolling I-66 inside the Beltway. That plan, which calls for widening I-66 only as a last resort, is preferable to the call from outside the Beltway lawmakers to widen I-66 as soon as possible, Clement says. [Campaign for a Greener Arlington]

Arlington Woman Has Purse With $10K Cash Stolen — Police are looking for a suspect seen stealing a purse with $10,000 cash inside from a Fairfax County Dunkin’ Donuts. The purse was accidentally left behind by an Arlington mother who had saved for years to pay her 18-year-old daughter’s tuition at Penn State. [NBC Washington]