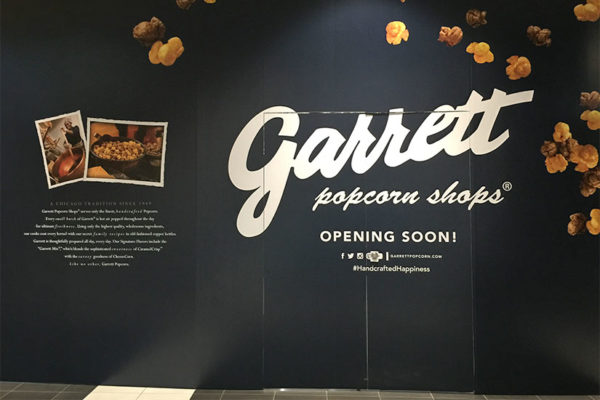 A Garrett Popcorn Shop is coming to the Fashion Centre at Pentagon City.

The store will be located in the former Johnny Rockets space, between the Pentagon City Metro station and the mall’s food court. The retro burger-and-shake eatery closed earlier this month.

Chicago-based Garrett lists the store simply as “coming soon” on its website. In addition to its home base of Chicago, Garrett has stores in U.S. cities like Atlanta, Dallas, Detroit, Las Vegas and New York. This is the company’s first D.C. area shop.

Founded in 1949, Garrett is best known for its orange-colored “CheeseCorn.” It also offers plain, butter and caramel flavors, in addition to varieties with nuts mixed in.