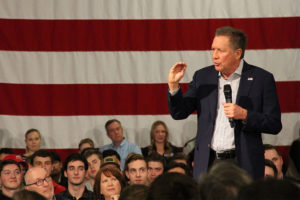 The university is warning of potential traffic and parking issues around its Arlington campus.

“This event is open to students, faculty and staff, as well as the broader community,” GMU said in a press release. “Though we expect no changes to operations at Hazel Hall and the Arlington Campus, there are likely to be parking and traffic impacts associated with the event.”

“We expect additional traffic on campus on Tuesday as Founders Hall is a designated polling place for Arlington County for the Virginia Primary Election,” the university added.