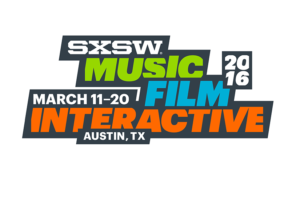 Arlington Economic Development (AED) is continuing its tech and startup push by heading to South by Southwest in Austin, Texas later this week.

The music, film and interactive festival attracts thousands of tech and creative economy players, large and small, for conferences, screenings, concerts and other events. AED will have a team at the SXSW Interactive portion of the festival, described as “an incubator of cutting-edge technologies and digital creativity.”

Arlington had a small team attend last year’s SXSW and co-hosted a reception with the Alexandria Economic Development Partnership. This year, AED is going big with an entire slate of events, including two official panels.

For a taste of Arlington in Austin, here’s the lineup of AED events:

An RSVP is required.

They will be among good company: President Barack Obama and First Lady Michelle Obama are scheduled to deliver keynote addresses at the festival.

AED Director Victor Hoskins said the county’s presence at SXSW is “key in letting our target audience of entrepreneurs and technology businesses know about the opportunities that exist here in Arlington.”

“This is our chance to connect with national and international companies who are on the leading edge of tech innovation,” Hoskins told ARLnow.com. “What’s more, it’s our opportunity to show those companies — through our hosted panels and other events — that Arlington is where they can find success in fields like cybersecurity, big data, and clean tech.”

“This is all part of our Way Forward strategy, which is Arlington’s commitment to closing the office vacancy gap through efforts of proactive marketing and sales as well as regional collaboration,” Hoskins added. “We had a team at [the Consumer Electronics Show] this year, which was incredibly productive, and we’ll be participating in similar other events throughout the year.”

“We’re really getting the word out that the region — and specifically Arlington — is where these tech companies want to be to succeed,” he said.