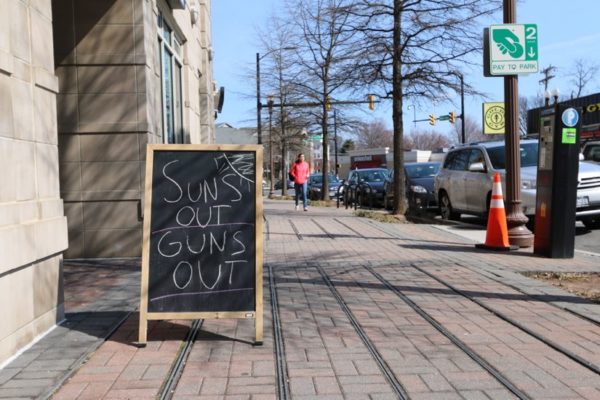 Clarendon Eatery Offers 50 Percent Off for Military — Through the Sunday, Brixx Pizza in Clarendon (1119 N. Hundson Street) is offering 50 percent off food for those with a valid military ID. [Facebook]

Arlington Dems Predict Landslide Against Trump — If Donald Trump is  the Republican nominee for president, local Democrats believe they could run up a 50,000 vote margin against him in Arlington alone, perhaps enough to win Virginia. Arlington Democrats also believe it’s possible that nationally, a Trump nomination could swing Democrats back into the majority in the House of Representatives. [InsideNova]