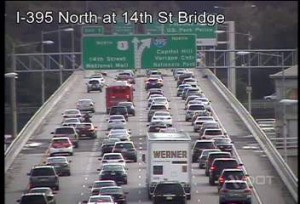 People generally like Daylight Saving Time and its extra hour of daylight at night. Here’s one thing you may not like: extra drowsy drivers on the road.

The organization issued the following press release on Friday.

Wake up sleepyhead. Blame it on old Benjamin Franklin. The sleepiness begins again at 2 a.m. this coming Sunday. The time shift in the wee hours can break the sleep cycle and the “grogginess can persist all day” in a nation that already doesn’t get adequate sleep. Insomnia is deadly behind the wheel. Nearly 1 in 3 drivers (32 percent) confessed they were so tired they drove drowsy during the previous 30 days, according to the latest research by the AAA Foundation for Traffic Safety. The number of nodding drivers on the road might increase during next Monday’s commute times, the day after the biannual transition to and from Daylight Saving Time.

“The shift in time can engender a shift in circadian rhythm. Drowsiness can slow reaction time as much as driving drunk, and it can be just as dangerous, research shows. Too many people drive under the influence of sleep,” said Tom Calcagni, AAA Mid-Atlantic’s Director of Public and Government Affairs.