I’m back. I took a small break, but I couldn’t stay away for long.

First, we’re going to look at a new trend in craft beer that shows how breweries are trying to keep their beers relevant. Then, we’ll look at two different IPAs that are keeping the once-trendy style up-to-date — one with mysterious and experimental hops and the other by being a solid and delicious local offering.

It’s always an exciting time to be exploring craft beer, but as Spring approaches the releases get more refreshing and bright in flavor. The cold winter after the new year has meant that we’ve had plenty of time to enjoy the heavy stouts, barleywines, old ales and so on that Winter has to offer. Now, get ready for juicy beers, both literally and figuratively. Whether the fruitiness is the result of actual fruit or the wonderful flavor component of a hop or hop blend, these warmer weather beers will brighten your palate.

For years now, some craft breweries like Dogfish Head Craft Brewery, 21st Amendment Brewery and Founders Brewing Company have made fruit-infused beers as part of their regular line-up. But in recent years, more and more breweries are either adding new fruity brews or taking their flagship beers and infusing them with fruit or fruit flavor. We have a full-blown trend on our hands. Local breweries are in on it as well with Virginia’s Adroit Theory Brewing Company and Laurel, Maryland’s Jailbreak Brewing Company coming to mind.

Three of this week’s beers are fruity brews that fall into each of the two categories I mentioned above. Dogfish Head and Green Flash Brewing Company have brewed beers that are unique in their line-up, while Ballast Point has taken their Dorado double IPA and spiked it with watermelon. 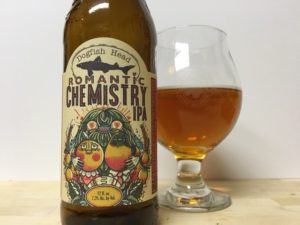 Dogfish Head Craft Brewery shook up it’s annual releases this year, cutting some perennial favorites and trimming some underperforming brews. One of the favorites that was shelved for 2016 is Aprihop. This replaces it! For this year’s Spring fruity beer, Dogfish Head mashed up peaches and mangoes and ginger to create this complex ale. Stick your nose deep in the glass, the hops and the fruit intertwine — spicy stone fruit. Right off the bat, the flavor is winey with the peach flavor lasting all the way through to the finish. Hops bring some spice to the party, but this is no hop bomb. It’s a complex brew that is subtley fruity and hoppy with enough fizz to mask the alcohol. I’ll miss this beer when it’s gone. 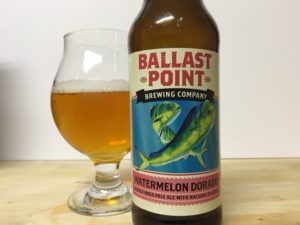 Whoa. There’s cucumber and green watermelon rind in my nose right now. The pink flesh of the watermelon is not the first thing you smell. Honestly, it’s not present in the flavor either. What I get instead is the astringent tang of the rind or of cucumber skin. It’s that bitter surprise that makes you screw up your nose — you took too big a bite of that watermelon slice. It’s a challenging brew. If bitterness is your glass of beer, then this might be right up your alley. I can go for hop bitterness, but I am less used to the kind of bitter that this brings. It does grow on me as I sip it. Be sure to sip this one for a while! The high alcohol (10%!) will allow it warm up with out getting undrinkable. Warmed up enough and the bitterness turns to sweetness and the hops begin to shine through. 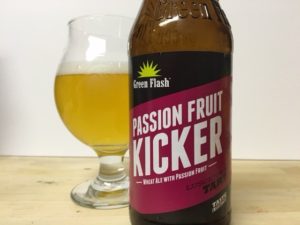 Green Flash uses the lightness of a wheat ale and the pleasant tartness of passion fruit to flirt with the popular sour style. Almost like a tropical Berlinner Weisse, Passion Fruit Kicker is both malty and slightly sour. The smell is luscious and juicy passion fruit with a hint of the wheat beer cracker. Simple but exciting, the flavor is cleanly passion fruit and malt. There’s a tartness that doesn’t overpower either your palate or the wheat beer’s biscuity maltiness. As it warms, you can smell a tell-tale sodium bicarbonate aroma. Though it starts with a healthy head, a result of the wheat and the Belgian yeast, this wheat beer is not overly effervescent. Kicker is a refreshing beer that only makes you pucker slightly. Enjoy a couple as you get your grill unwinterized and enjoy your back yard again.

Our two remaining beers riff on the ubiquitous IPA style: one going for taste bud-bending experimental hops, while the other goes from 0 to 60 taking their sessionable pale ale and blowing it up to a double IPA. 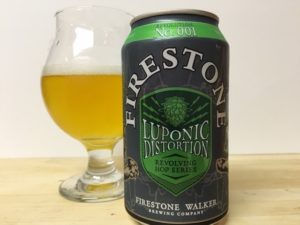 Firestone Walker has invested in new hops that have just come to fruition — it takes about eight years to nurture a hop plant so that it yields cones. Known for their well-made, traditional brews — their normal IPA is called Union Jack, a reference to the more subtle traditional IPAs of England — Firestone Walker seems interested in upping the ante.

Made with hops that Firestone Walker won’t talk about, Luponic Distortion No. 001 is just first in a series of sessionable IPAs that seems poised to revitalize the brewery’s IPA credentials. The aroma is sharply piney with a broad grapefruit background. Bitter citrus rules the flavors — my mouth is exploding with juicy fruit that curtails quickly without the alcohol that one usually finds in an IPA this flavorful. Session IPAs have come a long way, but this one doesn’t even taste like it’s light on the alcohol except in the finish. By then, you’ll be psyched that you can take another drink. In a field of fruit-infused beers, this hop-only IPA tastes like fresh-squeezed grapefruit. 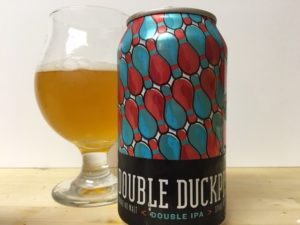 Union Craft Brewing out of Baltimore brews consistently delicious sessionable beers for the DMV. Happily that’s our market! When they decided to turn their Duckpin pale ale into an IPA, they went all in and super-sized it. Super dank, this double IPA exudes an aroma of rich pine resin, which hides a toasty biscuit. Thoroughly bitter and full of pine flavor, Double Duckpin resists the sweetness of a typical double IPA by cutting their grain bill with wheat. A light sweetness comes in the finish. This beer always makes me smile — it’s solid and delicious. The fact that such a strong IPA is made consistently right in our back yard makes it all the more special.

Let me know in the comments below if you’ve tried any of these beers and what you think of them. Cheers!