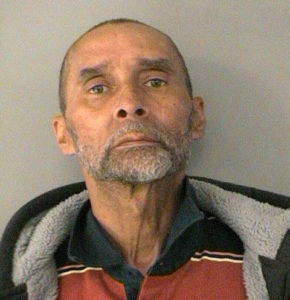 An Alexandria man has been arrested and charged in a road rage incident on S. Glebe Road last month.

On the afternoon of March 9, a verbal dispute between two drivers turned violent when, according to police, one of them got out of his car and smashed the other’s car window — and hand, in the process — with a bat.

Arlington County Police say 60-year-old John Strickland of Alexandria has been arrested in the case and charged with unlawful wounding, destruction of property and driving on a revoked license.

“The victim was struck in the hand with the bat,” said ACPD spokeswoman Ashley Savage. He did not sustain severe injuries and did not require transport to the hospital. The victim and another witness were able to provide detectives with information that led to the suspect’s identification.”

More Stories
Police Looking for Man Who Invited Kids to Follow Him Home‘WeLive’ in Crystal City is ‘Beta Testing,’ Preparing for May Opening