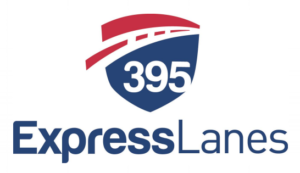 VDOT is holding a community meeting next week to discuss plans to extend the I-395 Express Lanes north through Arlington.

The project will extend the 395 Express Lanes ” for eight miles north from Turkeycock Run near Edsall Road to the vicinity of Eads Street in Arlington,” according to VDOT. 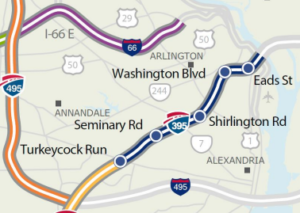 “The improvements primarily will be built within the existing footprint of the I-395 HOV lanes,” the agency said on its website. “The two existing HOV lanes (or High Occupancy Toll) lanes will be converted to express lanes and a third lane will be added, providing three reversible express lanes.”

Among the promised benefits of the project, besides the additional lane and faster travel for single-occupant drivers willing to pay a toll, are:

Following a multimodal study and a public hearing this fall, construction is expected to begin in the spring of 2017 and wrap up by the summer of 2019.