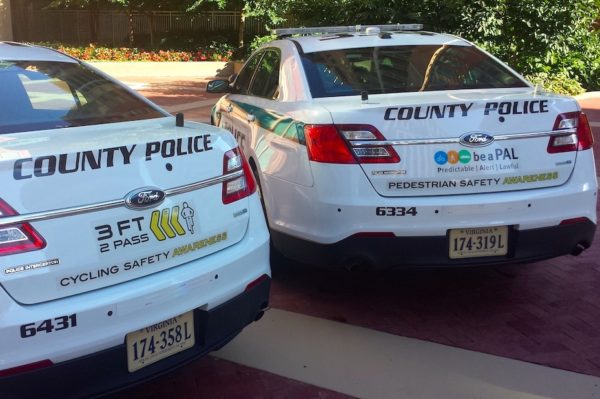 This morning and for part of the day Thursday, police will be conducting targeted, high-visibility traffic safety enforcement and public education in Clarendon and Crystal City.

But is that enough to truly improve safety for pedestrians and cyclists in Arlington? In just the past week alone, two young people have been struck and seriously injured — while crossing in marked crosswalks along the pedestrian-heavy Rosslyn-Ballston corridor.

In both instances, nearby residents complained that drivers were chronically ignoring crossing pedestrians, driving too fast and driving while distracted — and that police enforcement is virtually non-existent.

Those two incidents aside, local drivers will tell you that pedestrians in Arlington make a habit of darting out into the road mid-block and crossing against traffic lights, often oblivious to oncoming traffic.

So what should be done about this, to improve safety for all? Should the Arlington County Police Department issue more tickets to drivers and pedestrians in an effort to curb serious accidents and bad behavior on both sides?

(Note: this poll and discussion concerns drivers and pedestrians only. Say what you want about cyclists — and the drivers who sometimes cut them off — but the most pressing issue here is about what to do specifically about pedestrian and vehicle conflicts.)