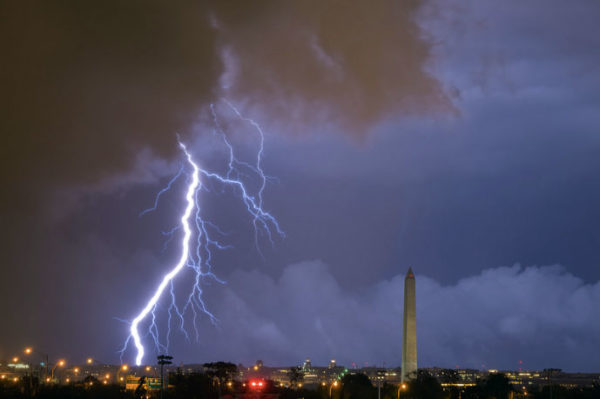 Car on Fire Spotted Driving Down Street — Yesterday evening, an Arlington County Fire Department unit radioed dispatch to report that they had just seen a car with flames visible from the engine compartment drive past them on Carlin Springs Road, its driver oblivious to the fire. The fire engine was able to turn around, catch up with the driver near the intersection of Wilson and Glebe, pull the car over and extinguish the flames. [Twitter, Twitter]

Wrong Man on Iwo Jima Memorial? — The Marine Corps is investigating claims that a Navy corpsman identified as one of the men who raised the flag in a moment depicted by Arlington’s Iwo Jima Memorial was not, in fact, in the original photo. [USA Today, Associated Press, New York Times]

USS Arlington Returns Home — The sailors and Marines aboard the USS Arlington have returned to Norfolk after a seven-month overseas deployment assisting in the fight against ISIS. [Marine Corps Times, WAVY]

Former Top Federal IT Official Dies — Greg Ambrose, who had served in senior information technology posts at the departments of Defense, Homeland Security, State and Veterans Affairs, died early Tuesday morning. Ambrose took his own life at a Rosslyn condominium after posting on Facebook about a woman who had left him for another man. [FCW, Twitter]