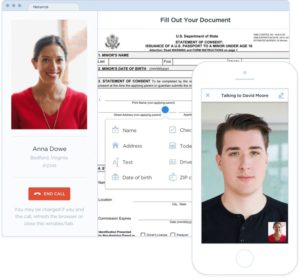 From school permission slips to executing wills and closing on home purchases, notarizations are part of small and large decisions in everyone’s lives. But it can’t always be easy to find a notary when and where you need one.

Crystal City-based Notarize has an app for that.

At $25 a pop, users can obtain notarizations virtually anywhere, at any time.

In 2011, a law passed in Virginia enabled certain certified state notaries to complete notarizations through a video call. Notarizations made in Virginia are valid across state lines under state and federal laws. 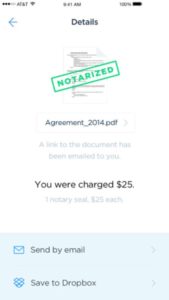 With nearly 1.25 billion notarizations taking place in the U.S. annually, the founders of Notarize saw a real “pain point” that could be addressed using technology and the new Virginia law.

“My partner was traveling when he realized an important financial transaction that required notarization wasn’t executed properly and he couldn’t find a notary to fix it,” Adam Pase, co-founder and COO of Notarize, said. “It delayed the transaction for weeks.”

The founders of Notarize jumped on the idea of virtual notarization, getting ahead of the curve.

“Notarization may not be the sexiest area to focus on, so I don’t think a lot of people were directing a lot of attention to the notarization process,” Pase said.

The company’s work paid off – more than 1,000 documents were notarized through the mobile app in the first six weeks after it launched. 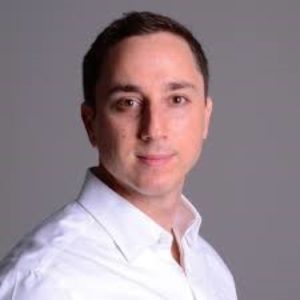 Right now, 40 notaries are working with the company, but Pase said Notarize has received more than 100 additional applications.

“News has spread and we’re really excited to have so many notaries interested in our platform,” Pase said.

And Notarize isn’t just for individual consumers. Businesses stand to gain a lot from the virtual notary service, according to Pase. 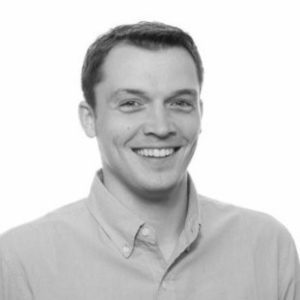 Businesses – such as mortgage companies, banks, legal firms, construction companies and more – can use Notarize to streamline their operations, onboard customers and create a completely digital audit trail. So far, Pase said the company has received “tremendous interest” from businesses.

Pase said the company was drawn to Crystal City because of the proximity to D.C. and many of the key decision makers and customers it was targeting.

“Northern Virginia has become a hotbed for technology companies and Crystal City has some exciting momentum in the startup tech world,” Pase said. In this area, he added, Notarize was “confident we could get the talent we need.”

Notarize currently is available as an iOS application for Apple devices, as well as a desktop application. Pase said the company has plans to make the service even more accessible in the future.