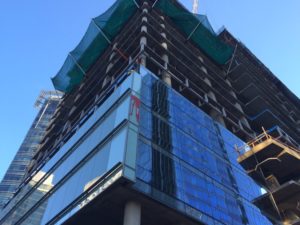 In some parts of the country, where rents and home prices have risen to stratospheric levels, there’s a curious new movement.

You’ve heard the term NIMBY — Not In My Backyard — used as a pejorative to describe those who oppose new development near them, even though they might not be opposed to the same project elsewhere. In San Francisco, Seattle, New York and elsewhere, however, YIMBYs are starting to organize.

The Yes In My Backyard movement supports efforts to build more housing, with the goal of building enough housing that supply and demand find an equilibrium and people stop getting priced out of the housing market.

YIMBYs reject typical NIMBY arguments — proposed buildings are too tall, would create too much traffic, would destroy the “character” of a neighborhood — as reactionary impediments to achieving better housing affordability. Instead of worrying about “greedy developers,” YIMBYs say “build, baby, build.”

One thing going for the NIMBYs, who can more charitably be called neighborhood preservationists, is that they are often well organized and mobilize like-minded residents to speak passionately at local government hearings on development. That is one reason why places like San Francisco have struggled to keep up with housing demand: developers face constant roadblocks from community groups who are effective at delaying projects or getting them blocked altogether at the local government level.

The price of housing in Arlington has been rising — not as dramatically as in San Francisco, mind you, but NIMBY vs. YIMBY fights have nonetheless occasionally played out locally.

As the county’s population continues to grow — it’s expected to reach 283,000 by 2040 — more housing will be necessary to keep up with demand. The Arlington community’s reaction to continued development will be a key factor that shapes local neighborhoods and affects local housing affordability.

Generally speaking, where do you stand on the YIMBY vs. Neighborhood Preservationist spectrum?