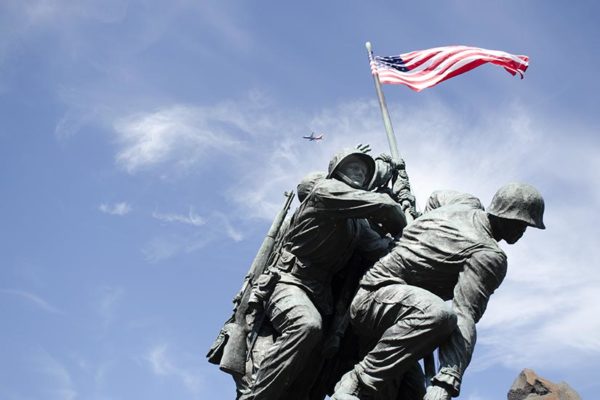 Plane Makes Emergency Landing at DCA — An American Airlines flight taking off from Reagan National Airport had to turn around and make an emergency landing after a bird struck and disabled one of its engines. The incident happened around noon on Tuesday. No one was hurt. [NBC Washington]

That’s a Lot of Parking Tickets — Arlington County issued some 109,000 parking citations last year. The two most ticketed spots in the county: the county-owned surface parking lot in Courthouse and the county-owned parking strip next to Northside Social. [WJLA]

Vihstadt Pens Statement of Support for Garvey — County Board member John Vihstadt (I) writes of Board chair Libby Garvey, who’s facing a challenge in the Democratic primary: “While we don’t agree on everything, she continues to be my ally on key priorities like championing open, accessible and transparent County government, adequate schools funding, robust transit solutions on the Pike and elsewhere, and streamlining our business processes.” [Libby Garvey]

GGW Endorses Gutshall — Urbanist blog Greater Greater Washington has endorsed Erik Gutshall, who’s challenging County Board chair Libby Garvey in the June 14 Democratic primary. Writes GGW: “Overall, Gutshall has demonstrated a strong grasp of the challenges facing Arlington and an ability to work with others to find solutions. Libby Garvey, his opponent, has not demonstrated these qualities.” [Greater Greater Washington]

Raising Funds to Help Baby Hear — An Arlington resident has launched an online fundraiser to help pay for travel expenses and medical expenses associated with his baby daughter’s participation in a clinical trial that will help her hear via an auditory brainstem implant. [GoFundMe]