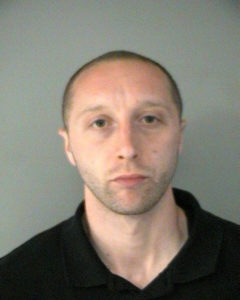 A middle school teaching assistant is watching his educational career go up in smoke after being arrested on drug charges.

Police say Zachary Van Dyke, 32, smoked pot with a 13-year-old student at his home. He also allegedly sold some pot to the teen.

Van Dyke was a teaching assistant at Gunston Middle School and a freshman basketball coach at Washington-Lee High School. He has been suspended by Arlington Public Schools and charged by police with contributing to the delinquency of a minor and distribution of marijuana.

Police say they’re seeking additional information from “anyone with past inappropriate encounters with this suspect.”

The suspect, 32 year-old Zachary Van Dyke, was charged with contributing to the delinquency of a minor and distribution of marijuana stemming from an incident on May 27, 2016. The investigation revealed that Van Dyke transported the 13 year-old juvenile victim to his residence where they smoked marijuana. Van Dyke also sold marijuana to the juvenile. Van Dyke was arrested and held on bond in the Arlington County Detention Facility.

The investigation into this incident is ongoing. Anyone with past inappropriate encounters with this suspect or who has additional information is asked to call Detective S. Proud at 703.228.7156 or email [email protected] To report information anonymously, contact the Arlington County Crime Solvers at 866.411.TIPS (8477).