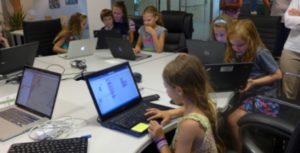 Arlington-based startup Boolean Girl is on a mission — to fill the female deficit in the technology industry.

“The original idea was to teach kids (including my own) to code and work with electronics by creating a website with kid-friendly programming and engineering projects,” co-founder Brian Moran said. “This was not something they were learning in elementary and middle school and I think these are critical future job skills.”

When Moran started talking to other people about the idea, he heard from scores of women about the challenges they faced in the tech industry. “When I saw that the number of women in computer science was actually declining from 36 percent in the mid 1980s to 12 percent today, I knew it was time to pivot,” he said.

Boolean Girl launched on May 30, 2014 — around the same time that is was revealed that Google had issues with diversity in the workforce.

“Google’s admission brought a lot of attention to the issues we were trying to address. The timing was great,” Moran said, adding, “We were totally unknown but ahead of the curve on addressing this issue.

“By engaging girls at a young age, we could inspire the girls to pursue computer science and help dispel some misconceptions that middle schoolers have about computer science.” 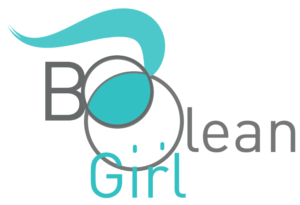 Boolean Girl offers camps, classes and classroom kits to get kids started. “We wanted to make this easy for the school/PTA so they have everything the girls need: computer, monitor, keyboard, battery etc. We don’t need to be in the school computer room, we don’t need internet access, we don’t even need electricity,” Moran said of the kits available through the program.

Moran said the program has also seen high demand for its classes and summer camps.

The program targets girls ages eight to 13, but Moran said it is open to older girls (and boys), as well. But the major advantage is to the girls.

“In elementary school, 66 percent of girls like science as much as boys do, but only 24 percent of the science, technology, engineering and math (STEM) workforce is women and only 12 percent of the computer science graduates are women,” Moran said. “There are many reasons this happens: Girls think coding is not interesting, it does not require creativity, that you work in isolation, that coding is for boys only. Sometimes they are discouraged from taking classes by parents and teachers. When they do, they feel alienated or isolated because they are the only girl in a class.”

Boolean Girl flips this cycle by creating a welcoming environment for young girls, where they are working with their peers. “We want girls to know that computer science includes working side-by-side with their best friend all day. We want them to realize they can apply their creativity to solve difficult and important real-world problems through computer programming,” Moran said.

Ultimately, Moran hopes the program will drive more girls to develop a passion for technology, resulting in more women in computer science careers.

“Most studies show the demand for these skills is growing rapidly,” he said. “Aside from providing a stable income, we think computer science careers are interesting and exciting, offering unlimited possibilities for women.”

And Boolean Girl has big plans for the future. This summer, the program plans to develop two new advanced classes: one on engineering and another on Minecraft coding in Python, a coding language that Moran said is in high demand in the tech industry.

In addition, Boolean Girl will launch a Kickstarter campaign this summer to productize the classroom kits so that girls can take the same equipment home that they use in class.

“With the kit, the girls no longer need to borrow their parent’s computer … [and] can also do the online engineering projects,” Moran said. “Maybe most importantly, it is safe and easy: they don’t even need to be connected to the internet and everything is contained in the kit.”

Moran said the only factor limiting Boolean Girl’s growth is the availability of qualified instructors. “We try to recruit college women pursuing computer science or teaching degrees or young professionals with teaching or computer science backgrounds,” he said, adding, “Since the root issue is that the computer science field has so few women, finding instructors is always a challenge.”