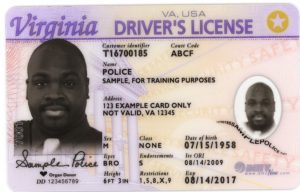 The Arlington County Board is expected to pass a resolution supporting driver’s licenses for undocumented immigrants at its Tuesday meeting next week.

The resolution, below, states that there is a safety and economic benefit to issuing provisional driver’s licenses to non-citizens.

The resolution directs the County Manager to include support for such a policy in the county’s slate of state legislative priorities next year. Virginia doesn’t have any such law but D.C. and Maryland do.

WHEREAS, Arlington is an exceptionally diverse county with a substantial immigrant population and strives to be a “diverse and inclusive” community; and

WHEREAS, immigrants without driver’s licenses experience a diminished quality of life affecting their ability to hold a stable job, take care of their families, and fully participate in the county they call home; and

WHEREAS, these laws reflect a national and collective understanding that offering driver’s licenses to undocumented residents provides an overall economic benefit to states and improves public safety by enabling authorities to know who is on the roads and to ensure that all drivers are properly insured.

NOW THEREFORE BE IT FURTHER RESOLVED, that the Arlington County Board directs the County Manager, or his designee, to include this policy in Arlington County’s proposed 2017 General Assembly Legislative Priorities.