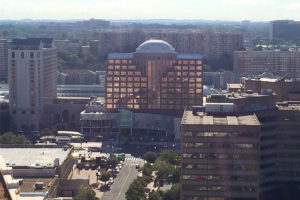 With the new expansion of the Fashion Centre at Pentagon City nearly finished, a number of new restaurants are preparing to open.

According to the mall’s website, D.C.-based Matchbox is set to open its first Arlington location in August and candy-shop-slash-restaurant Sugar Factory is slated for an October opening of what will be its first D.C. area location.

A mall spokesman confirmed that the openings are nearing, but couldn’t confirm any dates.

“Matchbox is slated to open later this summer and Sugar Shack is said to open in October, however the exact date is not yet confirmed,” said the spokesman.

Also opening as part of the expansion is Philadelphia-based stir-fry chain Honeygrow, which will be launching its first D.C. area location.

“Slated to open in early August, honeygrow will contribute to the mall’s extensive dining selection by providing shoppers with a variety of fully customizable stir-fry and salad options,” said a recent press release. “Located in the new Hayes Street expansion, the eatery will feature locally and seasonally sourced ingredients, noodles freshly prepared by ramen chefs, house-made dressings and sauces and proteins sourced from providers including Creekstone Farms and Freebird.”

The first tenant to open its doors in the new expansion was Shake Shack, which opened in May to large crowds.