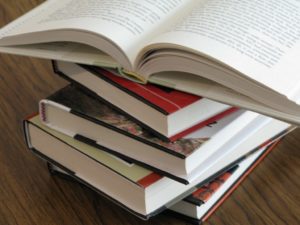 The Arlington County Board on Saturday approved an agreement with the Crystal City Shops that will allow the county to open the temporary library in a vacant retail space rent-free for at least nine months.

The county will pay nearly $1,900 per month for maintenance and utilities and incur one-time costs of $60,000 for a connection to the county’s fiber optic network and about $113,000 to renovate the space. The funds have already been allocated in the county’s Fiscal Year 2017 budget.

With the “pop-up” library open, those who live and work in Crystal City will be able to walk to a library without having to cross busy Route 1. The nearest library is the Aurora Hills branch near the Pentagon City mall.

“We chose Crystal City as the first neighborhood to experiment with a pop-up library both because we have found that Route 1, which runs through Crystal City, poses a physical barrier to access for many people to the nearest community library, and because people in the neighborhood expressed interest in the approach,” Library Director Diane Kresh said in a press release (below).

Taking an innovative approach to meeting patrons where they live and work, Arlington Public Library plans to open a temporary “pop-up” library this September in Crystal City.

Library Director Diane Kresh sees the pop-up facility as a low-cost way to push library services into more neighborhoods and introduce people of all ages to the wide scope of what the County’s public library system has to offer. In addition, the Crystal City pop-up branch is expected to help enliven the Crystal City Shops.

“We chose Crystal City as the first neighborhood to experiment with a pop-up library both because we have found that Route 1, which runs through Crystal City, poses a physical barrier to access for many people to the nearest community library, and because people in the neighborhood  expressed interest in the approach,” Kresh said.

Dubbed “The Connection: Crystal City,” the pop-up will be a compelling location for checking out books, accessing the internet, holding community meetings and attending workshops.

The County Board approved a lease this month with CESC Plaza Limited Partnership for 1,222 sq. ft. of space inside the building located at 2100 Crystal Drive, within Crystal City Shops at 2100, 2117 Crystal Plaza Arcade.

The pop-up library staff will hold community discussions this summer to learn more about what types of services people would like offered within the constraints of space, time and budget, Kresh said.

The County’s nine-month lease may be renewed on a month-to-month basis. One-time funding for the pop-up library was approved in the adopted Fiscal Year 2017 budget.

Although the space is being offered to the County rent-free, the County will pay a monthly fee for its share of common area maintenance expenses, real estate taxes and electricity associated with the shopping center. That share is estimated to be $1,603 a month for maintenance, $176 for real estate taxes and $100 for electricity. The County expects to spend about $113,000 to renovate the space. Kresh notes that many of the features the County will install – carpeting, shelving and furniture – will be reused elsewhere by the County after the lease is terminated. The County also will spend $60,000 to install fiber and conduit to connect the pop-up library to the County fiber optic network, ConnectArlington.