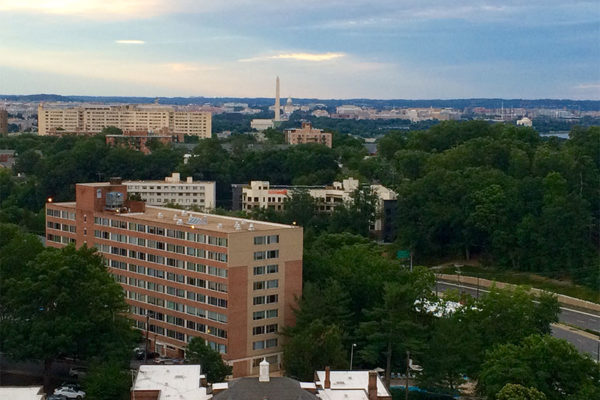 Competing Convention Watch Parties — The Arlington GOP and Arlington-Falls Church Young Republicans are hosting a Republican convention watch party tonight at Arlington Rooftop Bar & Grill in Courthouse. The Arlington Young Democrats, meanwhile, are holding their own watch party for the last night of the GOP convention. That event is being held at Mad Rose Tavern in Clarendon. [Facebook, Facebook]

Road Rage Incident in Rosslyn — A man allegedly brandished a handgun and followed two women during a road rage incident on Wilson Blvd in Rosslyn, after the female driver honked her horn while the man’s vehicle blocked her path. [Arlington County]

Weekend Woes on Metro — Expect delays on all six Metrorail lines due to track work this weekend. That includes the ongoing “surge” work between Ballston and East Falls Church. [WMATA]

Lighting Task Force Needs More Time — A task force trying to determine whether to add lighting to the Williamsburg Middle School athletic fields says it will present its findings in January. The task force, chaired by former County Board primary challenger Erik Gutshall, was originally expected to wrap up its work in June. [InsideNova]