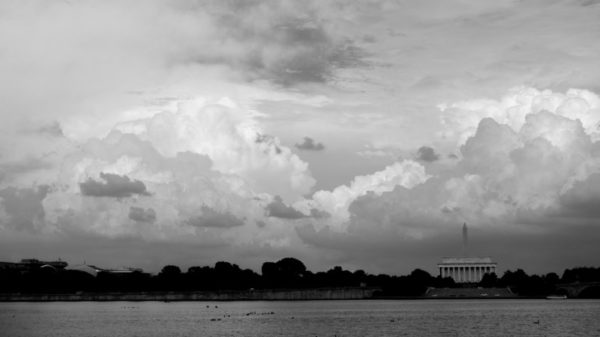 Dems Press Advantage in Arlington — Have you encountered voter registration volunteers in Clarendon and in Arlington’s other Metro corridor locales? They’re likely part of the Arlington County Democratic Committee’s effort to deliver votes for Hillary Clinton this fall. Heavily Democratic Arlington is key to Democratic candidates in statewide races. The ACDC is trying to boost turnout among those who live in apartments and condos to reach the goal of a 50,000 vote margin of victory. [InsideNova]

Groundbreaking for Courthouse Office Building — The groundbreaking for a new office building at 2311 Wilson Blvd in Courthouse is likely just days away, after its anchor tenant, Opower, confirmed that it will be moving forward with its lease. Opower was recently purchased by tech giant Oracle, throwing plans for the building — and for Opower staying in Arlington — in doubt. [Washington Business Journal]

Citizen’s Police Academy Accepting Applications — The Arlington County Police Department is now accepting applications for its 19th Citizen’s Police Academy this fall. The program “is designed to create better understanding and communication between citizens and the police through education,” ACPD said in a press release. “Some of the topics of discussion include: police hiring, legal considerations, use of force, vehicle operations, community engagement, K9, SWAT and mental health crisis intervention.” [Arlington County]

Arlingtonians Fascinated By Chinese Bus — ARLnow.com has been bombarded with tweets and emails from readers about a new “elevated” bus in China that straddles and drives over traffic. Is it cool? Absolutely. Is it a possible transit solution for Columbia Pike? Probably not — the new Freedman’s Bridge that carries traffic on Washington Blvd over the Pike almost certainly doesn’t have enough clearance. [Jalopnik]