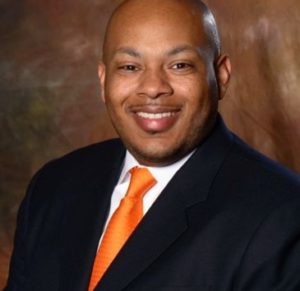 Lanier Avant, the chief of staff for Rep. Bennie Thompson (D-Miss.) and a House Homeland Security Committee staff director, has been charged with failing to file his tax returns for five years.

Avant, who lives in Arlington, falsely claimed he was exempt from federal tax withholding, prosecutors say. He made more than $170,000 per year during tax years 2009-2013, but did not file a tax return during that time, the U.S. Attorney’s Office said.

Avant faces up to five years in prison. From a press release:

ALEXANDRIA, Va. – Isaac Lanier Avant, of Arlington, who is currently employed as a staffer by the U.S. House of Representatives, has been charged with five counts of willfully failing to file a tax return.

According to the criminal information and affidavit, Avant has been employed as a staff member of the U.S. House of Representatives since approximately 2002.  For tax years 2009 through 2013, Avant earned annual wages of over $170,000, but did not timely file a personal income tax return for any of those years. In May 2005, Avant filed a form with his employer that falsely claimed he was exempt from federal income taxes.  Avant did not have any federal tax withheld from his paycheck until the Internal Revenue Service (IRS) mandated that his employer begin withholding in January 2013.

Avant faces a maximum penalty of five years in prison if convicted. The maximum statutory sentence is prescribed by Congress and is provided here for informational purposes, as the sentencing of the defendant will be determined by the court based on the advisory Sentencing Guidelines and other statutory factors.

Dana J. Boente, U.S. Attorney for the Eastern District of Virginia; and Caroline D. Ciraolo, Principal Deputy Assistant Attorney General of the Justice Department’s Tax Division, made the announcement.  The case is being prosecuted by Assistant U.S. Attorney Jack Hanly and Assistant Chief Todd Ellinwood of the Tax Division.

Read more →
More Stories
Arlington Pet of the Week: TuckerDeal of the Day: Celebrate the 10th Annual Sip & Salsa for Only $10