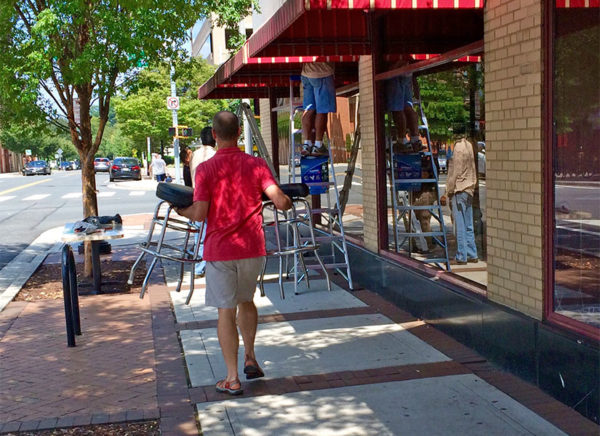 Average Paycheck Decreases — The average weekly paycheck in Arlington was $1,734 in the first quarter of 2016, down 0.2 percent compared to one year prior. Nationally, however, the average paycheck was down 0.5 percent. Arlington ranked in the top 10 of U.S. counties with the highest pay. [InsideNova]

New Media Venture Based in Clarendon — Politico co-founder Jim VandeHei’s next media venture is headquartered in Arlington. VandeHei, along with Politico’s Mike Allen and the publication’s former Chief Revenue Officer, are among those helping to found the venture, which has reportedly secured $10 million in financing and is said to be “a media outlet targeting corporate executives and other professionals with a mix of business and political news.” While Politico remains in Rosslyn, VandeHei’s new venture is based in MakeOffices in Clarendon. [Wall Street Journal]

First Responders Cup This Weekend — The annual First Responders Cup fastpitch softball tournament will take place in Arlington this weekend. Among the participants, one team from Salem, Va. is paying tribute by wearing the name of fallen firefighters on the back of their jerseys. The players, who also wrote letters to the families of the firefighters, will be visiting Arlington’s Fire Station No. 5 near Pentagon City today. [WDBJ]