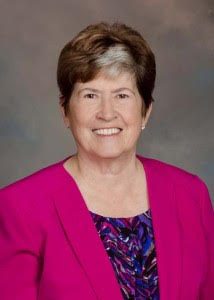 Arlington has been making many “best of” lists lately: The Best City to Live in America, the second Best City for Millennials, fourth Best City Parks in the country. We can be proud of these notable achievements.

But Arlington also finds itself on lists that tell another side of the story: we have some of the highest home prices and rents in the D.C. area, and the D.C. area is among the least affordable metro areas in the country. The median price of single-family homes in Arlington increased 140 percent between 2000 and 2013, while the average rent increased by 91 percent.

Rising prices have resulted in a great loss of economic and other types of diversity for our community. Over the last few decades, Arlington’s demographics have become less diverse as many lower and middle-income households either decided to move or were forced to move out of the county. Arlington County was the only place in the D.C. area that lost Hispanic population between the year 2000 and 2012. And although the overall number of households in Arlington grew by only 10 percent during that time, the number of households earning more than $200,000 increased by almost 60 percent.

In the County’s work on housing affordability and in the Affordable Housing Master Plan adopted last year, a lot of attention has been placed on providing affordable housing for low-income families.

For example, most government housing subsidies are focused on meeting the housing needs of those earning below 60 percent of the Washington area’s median income. In the Washington area, this means housing programs serve those making less than around $65,000 per year, and the greatest subsidies are reserved for those earning much less. This makes sense, because the lowest income households are the most burdened by high housing costs and tend to live in the most vulnerable situations. Especially when subsidy dollars are scarce, most of us would agree that they should be focused on those most in need.

But the county’s three-year Affordable Housing Study Working Group process also pointed out that housing affordability concerns have reached the point where households higher and higher on the income scale are affected, particularly when it comes to purchasing a home.

In Arlington, this means that even those earning $80,000-$100,000 or more can find it difficult to buy homes in the County that meet their needs. Due to a lack of diversity in our housing stock, empty nesters and seniors with modest incomes who would like to downsize have limited choices if they want to stay in our area.

Employees of Arlington County government and businesses also struggle with housing costs. Many end up moving farther and farther away from their jobs. The longer commutes mean sacrificing time with their families in order to find an affordable place to live. Extended commutes also affect our area’s employers as well — making it more difficult to attract and retain talent willing to make the commute. And all of us are affected by the traffic and environmental impact caused by increasing numbers of long distance commutes.

Is there anything that can be done to help middle income households find suitable living situations in Arlington?

That’s the question that the Alliance for Housing Solutions is trying to answer in this year’s Thomas P. Leckey Forum addressing the concept of “Missing Middle Housing.” We’ll be talking about how to create housing options that could better meet the needs of middle-income households, including families and seniors.

Could duplexes, four-plexes and stacked townhomes be more affordable for middle income households than what’s currently available to them? Could backyard cottages provide a place for recent college graduates or aging grandparents to live near their family? At present, many of these possibilities are either not allowed in Arlington or become infeasible after layering on current zoning and related requirements.

We recognize that long-time Arlingtonians may be concerned about how well this kind of housing would fit into our community. To help provide some concrete examples and create a community conversation on this issue, AHS is holding two “Missing Middle” Design Galleries on October 15th and October 25th to showcase some examples of this kind of housing. Are you curious? If so, come take a look at the examples and let us know what you think.

Mary Margaret Whipple is president of the Board of Directors for the Alliance for Housing Solutions. She represented the 31st District in the Virginia State Senate from 1996 to 2012, served as a member of the Arlington County Board from 1983-1995, and was appointed to the Arlington County School Board in 1976. AHS is a nonprofit organization founded in 2003 that works to increase the supply of affordable housing in Arlington County through public education, facilitation and action.