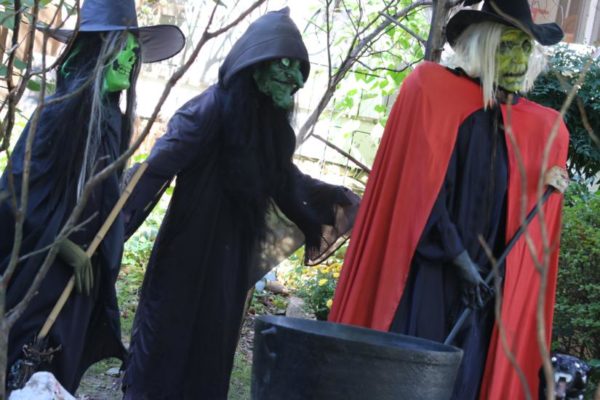 Today is Halloween and family-friendly festivities are already underway in Arlington.

Numerous local Halloween parades take place in Arlington each year, usually organized by a school with the police department’s help in closing roads.

Send a cop to a #Halloween parade and they'll always find the donut! ACPD assisting with @APSVirginia parades throughout #ArlingotnVA! pic.twitter.com/8XQk8oPnqq

After the parades come, of course, the trick-or-treating. In Arlington there’s no designated time for trick-or-treating, but traditionally parents will bring their costumed kids through the neighborhoods around sunset — which is expected at 6:08 p.m. today — and knock on doors until 8 or 9 p.m.

Here are some tips for planning your trick-or-treat trip, as we previously published last year:

There are other Halloween night traditions in Arlington, including a bonfire in Lyon Park. Know of others? Tell us about it in the comments.