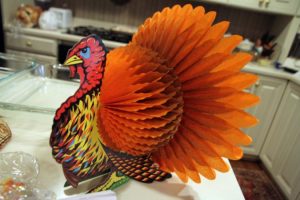 Judging by the multiple Washington Post articles about it this year (and another from last year), it seems that some sizable percentage of the population is dreading their Thanksgiving dinner conversation following Donald Trump’s election.

Especially when the family is divided politically, such conversations can apparently go downhill fast.

Are you among those who cringe at the idea of Uncle Bob passing along his political views with the gravy and stuffing? Or is that not a concern for you?