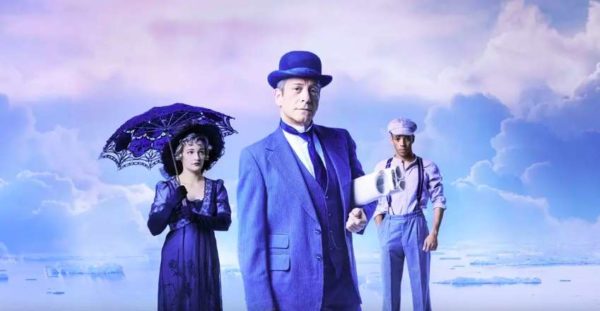 Shirlington-based Signature Theatre is preparing to launch a new production of the musical “Titanic.”

It’s going down on Tuesday, Dec. 13, kicking off a seven-week run that will stretch through Jan. 29. The ambitious production features “a cast, crew and orchestra of more than 50 artists and an inventive new 360 degree staging in Signature Theatre’s intimate 330 seat MAX Theatre,” according to a press release.

“I’ve always loved the musical Titanic and I have felt that Signature should reinvent this musical for our audiences in an exciting new way,” said Schaeffer, in a statement. “Audiences will feel they are aboard this ‘ship of dreams’ surrounded by Maury Yeston’s beautifully haunting score. It truly will be the musical event of the season in Washington and an experience like none other.”

The epic disaster tale comes at a busy time in the Washington area — it will overlap with Christmas, New Year’s, president-elect Donald Trump’s inauguration and possibly a Redskins playoff run.

Those who want to get on board for the musical performance will need to take the plunge to the tune of $40 to $109 per ticket.

The full press release about “Titanic” and its casting is below.

“I’ve always loved the musical Titanic and I have felt that Signature should reinvent this musical for our audiences in an exciting new way,” said Artistic Director Eric Schaeffer. “We’ve designed the MAX Theatre to bring this epic scale musical to life with an imaginative three story set. Audiences will feel they are aboard this ‘ship of dreams’ surrounded by Maury Yeston’s beautifully haunting score. It truly will be the musical event of the season in Washington and an experience like none other. I can’t wait to share it with audiences.”