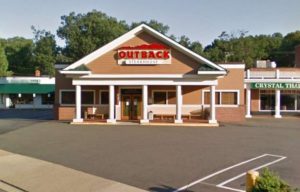 Firefighters responded Thursday afternoon to a possible fire in an air conditioning and heating unit at the Outback Steakhouse in Arlington Forest.

The restaurant at 4821 1st Road N., near Route 50, was initially reported to be filling with smoke due to a problem with its HVAC system. Firefighters arriving on scene said there was no active fire and that a haze inside was beginning to dissipate.

The smoke came from an overheated motor in the rooftop HVAC system, according to scanner traffic. No word yet on whether the incident will prevent Blooming Onion fans from getting their fix at dinner tonight.