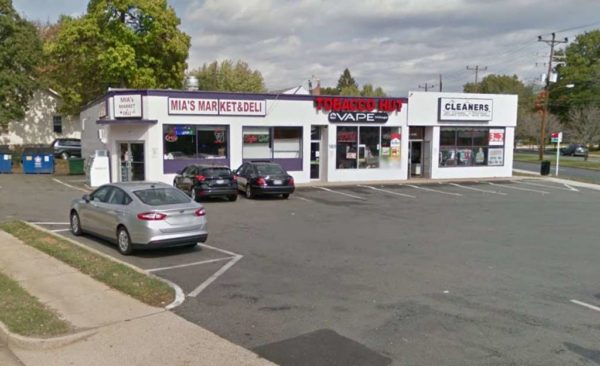 Police say two masked men, one armed with a gun, entered a store on the 1600 block of S. Glebe Road around 7:30 p.m. and demanded cash from the register. They then fled on foot.

The stores on that block of Glebe include a market and deli, a vape and tobacco shop and a drycleaner.

Officers established a perimeter and brought in a police K-9 but were unable to locate the suspects.

No one was hurt during the robbery.