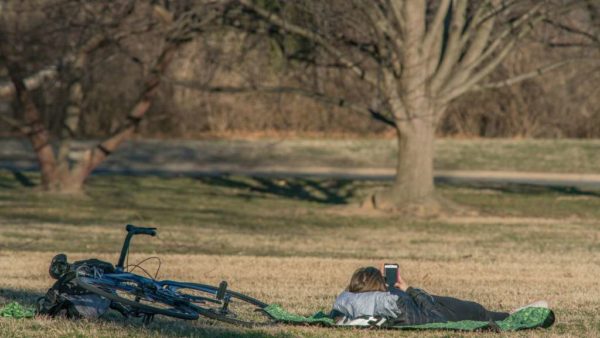 Police Search for Missing Boy — Updated — Arlington County Police were looking for a missing 13-year-old boy who may have run away from home yesterday evening. The boy took his bike and possibly camping gear, according to police and to scanner traffic. Police say the boy has since been “located in good health.” [Arlington County]

Carpool to Close, Move — The end is near for Carpool, the popular Ballston bar has kept on ticking despite originally being slated to close this past summer to make way for a redevelopment. Management reportedly plans to move Carpool to the Fair Lakes area of Fairfax County this summer. [Washington Business Journal]

Rep. Beyer’s Hat Get Noticed — Rep. Don Beyer (D-Va.) wore a red “Keep the EPA Great” hat to a Congressional hearing about the agency on Tuesday, and the internet loved it. [Gizmodo]

Kudos for Ashlawn Crossing Guard — Ashlawn Elementary School crossing guard Ana Hernandez has been recognized as one of Virginia’s “Most Outstanding Crossing Guards.” Hernandez works “patiently but firmly to ensure the safety of students,” according to a press release. [Arlington Public Schools]

Optimism for N. Va. Economy — “The Northern Virginia region could see job employment grow from anywhere between 4 to 14.4 percent from 2014 to 2025,” according to forecasts from George Mason University’s Stephen Fuller. [Loudoun Times-Mirror]