This biweekly column is sponsored by the Arlington Office of Emergency Management.

Isn’t it appropriate to point out at the beginning of Women’s History Month that a field historically dominated by men has its roots attributed to a woman?

The groundwork for the field of emergency management can be traced back to the Office of Civilian Defense (OCD). The OCD was established by President Roosevelt during WWII to protect civilians and respond to community needs. The development of the agency was largely influenced by a plan drafted by First Lady Eleanor Roosevelt, who helped lead the department as the Assistant Director.

Veterans and retired first responders were tapped to fill the earliest roles in the OCD, so naturally the field was largely male dominated. That trend continues today, with women accounting for only 34 percent of emergency management professionals.

In Arlington, we’re doing much better than the national average, with women representing 44 percent of our emergency management staff, and we’re working to close that gap further by offering programs like HERricane Arlington, a summer camp to develop girls ages 13-17, into our future emergency managers and leaders.

While our staff had very few female industry leaders to look up to as they developed into emergency managers, they didn’t lack for professional role models. We asked our OEM staff who they found inspiring, and although their responses varied in time periods and career paths, there were two common themes: all of the women were outspoken, and all pushed the social norms for their time period. 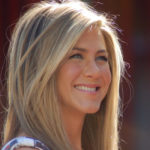 Jennifer Aniston: “She continues to have grace and decorum while going through a very public ordeal. She is a philanthropist while making people laugh. She has always fought back against critics who felt she needed to get married and have children. How she has handled all of these things encourages me to do the same.” 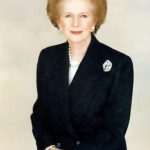 Margaret Thatcher: “She stayed true to herself, even though those around her doubted her abilities. She did not let anything get in her way.

Even when her opponents threw up road blocks, she pushed through, never losing sight of her end goals. And she succeeded.” 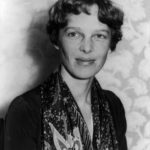 Amelia Earhart: “In the fourth grade, we were required to give a speech to our class on a personal hero, and I chose Amelia Earhart. Her sense of adventure, underscored by her grit and determination, resonates with me as strongly now as it did then.

She built an impressive career in a man’s field and advocated for women’s rights and women’s interests in engineering and science. Her courage, pragmatism, and commitment inspire me on a regular basis, and have motivated me to launch aspirational projects like HERricane Arlington. She asserted ownership over her future and made her own success- which is empowering women of all ages.” 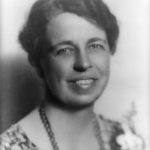 Eleanor Roosevelt “She overcame incredible personal challenges to find fulfillment in public life serving those without a voice. She was outspoken: holding press conferences, writing a daily newspaper article, hosting a radio show, and even disagreeing publicly with her husband, the President, when she felt morally obligated.

She advocated for women’s rights, civil rights, and the rights of WWII refugees. She reminds me that when I face adversity — when the couch, a pint of ice cream and Netflix is screaming my name — that’s when we can dig deep and achieve the most.”