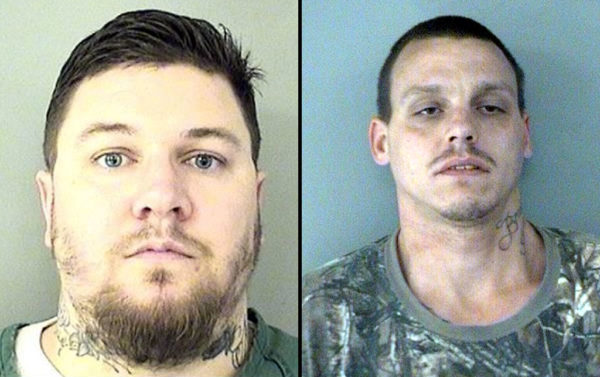 Two Northern Virginia men have been sentenced after being convicted of ripping off elderly homeowners in Arlington’s Yorktown neighborhood.

John Walsh and Mark Sisk were sentenced to serve at least two years in prison and pay $62,100 in restitution to the victims, in addition to several years of probation. Prosecutors say the pair conned the elderly residents of a home on 27th Street N. into believing that they “were in need of serious home repair.”

More from an Arlington County Police Department press release, below.

On September 10, 2016, Walsh and Sisk approached the victim’s residence in the 4800 block of N. 27th Street and fraudulently claimed to be contractors working in the area. They advised the elderly residents that they were in need of serious home repair and that failure to comply could result in the home catching fire. Throughout the month of September, Walsh and Sisk misrepresented the need for work and provided false information to the victims that work had been performed. Through a series of repeated home repair scams, the victims were defrauded of $62,100 in cash.

Arlington County Deputy Chief Daniel J. Murray, Commander of the Criminal Investigations Division said, “The individuals who perpetrate these scams target and victimize our most vulnerable populations. While there was a substantial loss of money in this investigation, the greater loss was the victim’s sense of security in their own home. This prosecution serves as another opportunity to warn residents to avoid becoming a victim of fraud.  Residents should beware of any smooth-talking salesman who comes to your home unannounced.”

Next
Ballston Gets Free ‘Gigabit-Capable’ Wi-Fi in Public Spaces