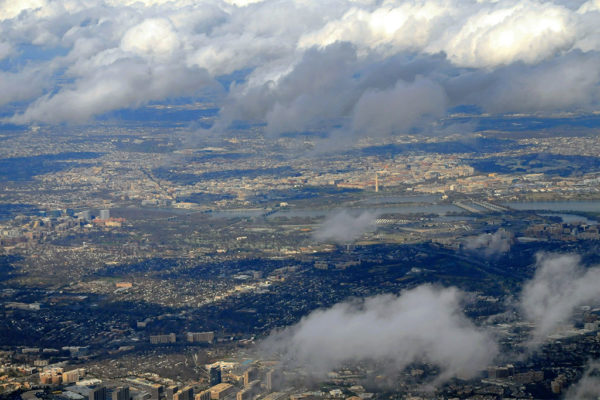 Senators Tour Proposed Cemetery Expansion — The Army gave a group of U.S. senators a tour of a proposed expansion area for Arlington National Cemetery yesterday. The expansion, around the Air Force Memorial, would create space for 40,000 to 60,000 gravesites while requiring a realignment of Columbia Pike. Military officials are hoping to open the expansion by 2023 but a land swap with Arlington County and Virginia has still not been completed. [Stars and Stripes]

Arlington Man Killed in D.C. — An Arlington resident, 31-year-old Antwan Jones, was shot to death Tuesday afternoon while sitting in an BMW in Southeast D.C. A second man was injured in the shooting. [Washington Post]

History of Fairlington — Eighteen years ago yesterday Fairlington was added to the National Register of Historic Places. George Washington once owned land in the neighborhood, in the southwest corner of Arlington. It was also home to Civil War fortifications and a horse farm before being cleared to make way for 3,449 units of government housing for defense workers during World War II. [Facebook]

HireEd Conference Coming to GMU — Sponsored — Graham Holdings Chair Donald Graham will be the keynote speaker at an event that will bring together entrepreneurs, business leaders, educators and nonprofits to discuss strategies to place students and graduates in jobs at all levels and solutions for businesses recruiting talent. It’s taking place Wednesday, April 5, 8 a.m.-1 p.m. at George Mason University Founders Hall, 3351 Fairfax Drive. Registration is free for students and $25 for general admission. [Arlington Economic Development]