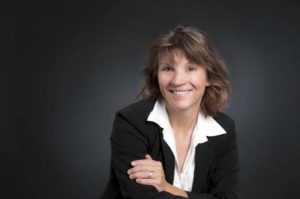 In another example that transit system improvements don’t happen overnight, we now know that we will need to wait another year, at least, for promised Columbia Pike bus improvements.

To be fair, the delay is due largely to investments in Metro’s SafeTrack repairs. Moreover, on the positive side, Arlington is moving forward on 13 new ART buses, estimated to arrive either this year or next.

But new transit models around the world show that we can have service improvements without waiting for years. On-demand rides and real-time information only a few taps away on a mobile app create public expectations for innovation in all aspects of transportation, both public and private.

So in addition to what happens next with bus improvements on Columbia Pike, we need to ask:

Last December, the U.S. Department of Transportation announced winners of their Mobility on Demand Sandbox. The sandbox reference suggests play, but the aim is research into “what works” for integrating personalized mobility features into transit programs. While there were no winners from our region, the 10 selected transit systems have features we can copy — especially for first/last mile service to Metro stations.

Los Angeles and Seattle are working directly with Lyft for a mobility on demand partnership for trips beginning and ending at select transit stops. Customers can use the Lyft app or call a dispatcher phone number, providing equity to lower income individuals.

San Francisco is building a carpool match program to link drivers with riders based on their transit destinations, including a seamless payment platform that assigns preferential parking for carpoolers while increasing transit ridership by improving access to BART stations.

Other programs are built around on-demand shuttles comparable to hotel shuttle service that circles Crystal City and Ronald Reagan Washington National Airport. One is a Boston-based company called Bridj. Ford Motors recently acquired a similar service called Chariot. These shuttles provide a “missing middle” in transit that can be more demand-responsive than larger buses.

Perhaps the boldest experiments are with autonomous (or driverless) cars and shuttles. Most trials are on private campuses, but Las Vegas recently launched a driverless shuttle and Local Motors has begun producing 3-D printed, autonomous shuttles at National Harbor in Maryland.

We can get started now on similar initiatives, but there are some key principles to keep in mind in dealing with emerging technologies:

Prioritize Metro: Some observers predict transit’s demise with new technology. However, our region cannot operate without high capacity Metro rail and buses. There is not enough road space to host hundreds of thousands of riders in small vehicles. Well-planned programs will feed riders to Metro and support innovation with ART vehicles and services.

Understand testing: With fast-changing technology, initial service runs are used to experiment with route selection, define target riders, test pricing models, and work through program bugs. In Kansas City, Bridj ridership fell far below expectations in early tests. But the tests revealed who was most likely to try and stick with the service, and it not surprisingly includes Millennials. Poor initial results aren’t always a reason to quit, because ridership can and does increase with continuous improvements via testing.

Mobility hubs: Premier transit access is no longer tied to locations within the first quarter mile walk from Metro stations. Arlington can create hubs that concentrate certain transportation options in key locations around the County. Locating and designing these hubs, differing from highly visible Metro stations, will require knowing where people need to go, how quickly they want to get there, when they want to travel, and the best marketing channels.

In building partnerships with transportation providers, regional transit agencies, universities, and neighborhoods, Arlington can take prompt and lower risk actions to test ways that can help people get from place to place quickly without relying on single occupancy vehicles — reducing congestion and filling service gaps until transit build out can be completed.

END_OF_DOCUMENT_TOKEN_TO_BE_REPLACED

More Stories
The Right Note: The Tax And Spend Cycle Endgame Is In SightReady Arlington: The County is StormReady – Are You?