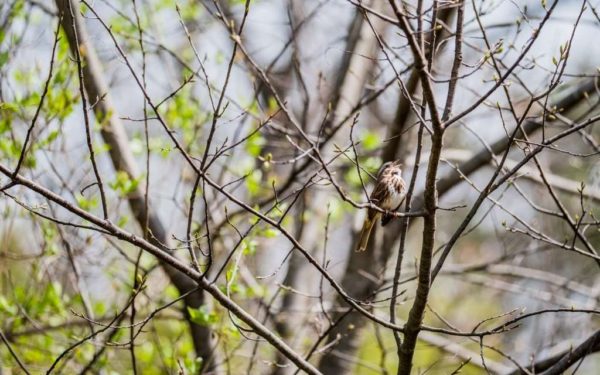 Baba Now Open — Baba, the comfy bar and cafe in the basement of Ambar in Clarendon, is now open after some unexpected delays. The “big draw” of Baba, according to the Post’s Maura Judkis, is its made-from-scratch cocktails. [Washington Post]

Ballston Wi-Fi to Launch Today — The “BLinked” gigabit wi-fi service in Ballston is expected to launch today. The free service will offer a high-speed and seamless internet connection throughout public spaces in Ballston. [Twitter]

Reminder: Storm Drains Empty to Waterways — “Our local waterways literally go with the flow. That means rain water heads into nearby storm drains and then quickly ends up in local streams like Four Mile Run. Those streams flow into the Potomac River, the source for much of the region’s drinking water.” [Arlington County]

Obit: William Coleman — William T. Coleman, Jr., a civil rights lawyer and cabinet member who broke racial barriers, has died. Coleman is noted in Arlington for his role, as U.S. Secretary of Transportation, in authorizing the controversial construction of I-66 inside the Beltway. [NBC News]