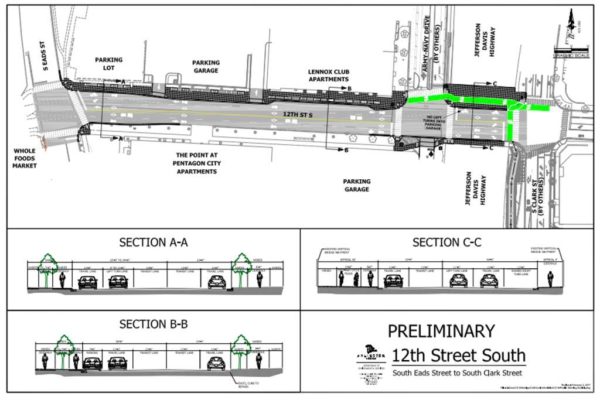 Designs for the project to improve 12th Street S. in Crystal City are coming together, and now the public can take a look themselves.

The “Ask the Project Team” event for the Complete Street project between Clark and Eads streets is scheduled to take place on Wednesday from 3-6 p.m. at The Connection pop-up library at 2100 Crystal Drive. The designs are 30 percent complete, so this event means residents can provide feedback on any major concerns in the plans.

The project will help create dedicated bus lanes for the Crystal City/Potomac Yard Transitway in that section of 12th Street S. — the same stretch in which a commuter bus crashed into an apartment building last week — as well as provide pedestrian improvements. 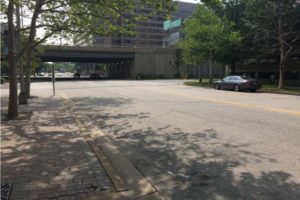 It will add two-way bicycle lanes under the Route 1 bridge, which will link a future two-way bicycle track on Army Navy Drive to a planned two-way bike lane along S. Bell Street heading toward the Crystal City Metro station. Those new bicycle facilities will then link to Long Bridge Drive.

The design will also include improved landscaping, sidewalks, pedestrian ramps and streetlights, as well as new north/south crosswalks at Army Navy Drive. It is adjacent to the 12th Street S. extension project from S. Eads Street to S. Fern Street in Pentagon City.

After the meeting, the project display boards will remain at the library for public viewing until April 15.