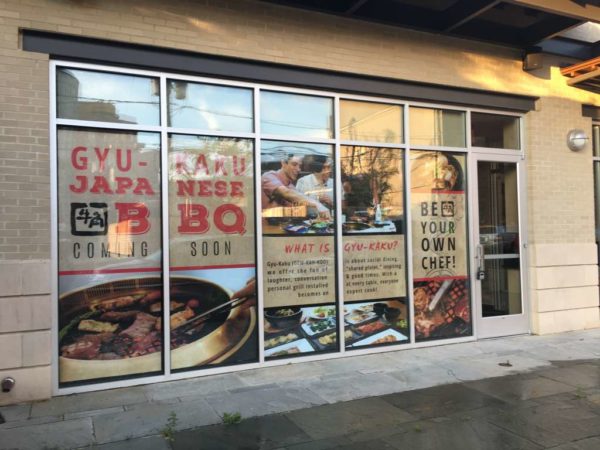 A Japanese barbecue restaurant is coming to the former Brixx Pizza space in Clarendon.

Signs are now up in the windows of 1119 N. Hudson Street for Gyu-Kaku restaurant. It’s the first D.C. area outpost of the chain, which is based in Japan.

Gyu-Kaku, which translates to “Horn of the Bull,” serves Yakiniku cuisine — barbecued meats and veggies that are cooked by diners on a charcoal grill in the center of the table. The chain has hundreds of locations in Japan and existing U.S. locations in New York, Los Angeles, Hawaii and elsewhere.

Brixx, a small chain of wood-fired pizza restaurants, closed its Clarendon location in April 2016 after just six months in business. Brixx was housed in a newly-constructed restaurant space on N. Hudson Street, an off-the-beaten-path location between longtime restaurant Nam-Viet and a CVS Pharmacy.