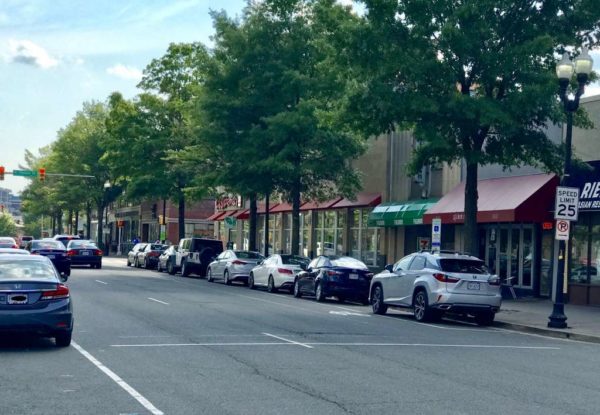 A man allegedly filmed a woman in the bathroom stall of a Clarendon restaurant last night.

The incident happened just before 9 p.m. Monday, on the 3100 block of Wilson Blvd, according to the Arlington County Police Department. That block, across from the Clarendon Metro station, is home to a long stretch of bars and restaurants.

Police say that the woman was in the bathroom when she looked up and saw a man filming her with what appeared to be a cell phone.

“The victim advised that she was inside the restroom when she felt a presence, causing her to look up,” said ACPD spokeswoman Ashley Savage. “The victim then observed an unknown male suspect recording her. Once the victim observed the suspect, he fled the scene on foot.”

“The suspect is described as a 50-60 year old white male with long gray hair and blue eyes,” Savage continued. “He was wearing a blue plaid shirt and blue jeans at the time of the incident. The investigation is ongoing.”