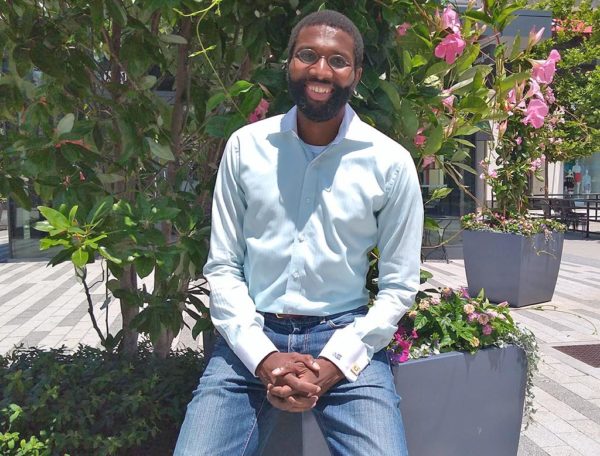 A new name will appear on the ballot for November’s Arlington County Board election, as independent Charles McCullough II has thrown his hat in the ring.

The 10-year resident of Arlington Ridge and self-described progressive will join Democratic nominee Erik Gutshall and independent Audrey Clement on the ballot.

McCullough currently works as a consultant, having previously represented the Australian Embassy in D.C. on education policy in the United States and Canada, worked as an attorney for D.C. Public Schools and been part of the National Board for Professional Teaching Standards.

He said one of his main priorities is to ensure residents’ voices are heard. He said the so-called Arlington Way should be restored in their favor, rather than what he said he perceives as a bias towards developers and planning decisions that have already been made.

“What is this Arlington Way that drives these bargains that favor developers, that only call upon certain communities when it comes to decisions being made?” he said. “I hear people say, ‘We’re not actively consulted, we’re not meaningfully consulted.’ I hear from other folks in North Arlington, who say, ‘When I am consulted, the decision’s already been made. What Arlington Way is this?'”

McCullough was especially critical of the county’s decision to woo Nestle to Arlington with a package of incentive-based grants, and suggested instead that money could be invested to help grow and retain small businesses.

McCullough said one of his other major priorities is adding to the county’s stock of affordable housing, and ensuring more seniors can keep living in Arlington and are not priced out. He suggested following other communities’ lead by expanding the housing voucher program, and requiring that new developments have more affordable units than currently called for by county code.

He added that older citizens must be able to stay in the county, and added that maybe Arlington should look at providing more communities for seniors.

A student member of the Montgomery County Board of Education in the 1990s, McCullough said it is imperative that the County Board work even more closely with the School Board to solve Arlington Public Schools’ capacity concerns.

He said he would look to provide more funding for preschool and other early childhood programs, as “that’s how you really get to closing the achievement gap.” He also said that investing in new facilities is critical, especially ones that are a good quality.

“You have people talk about building a Taj Mahal. I don’t understand what the terminology means,” McCullough said. “Do you mean a beautiful building that will stand the test of time? I want to build that. I’m not going to build a cheap thing… If by Taj Mahal you mean a structure that can adequately hold people, I do want to hold people.”

“There are fiscal realities,” he said. “You do have to set priorities, and I think that priorities for schools, for our services, that’s definitely what should be there. But I don’t think we should get ourselves into this notion where we just won’t have enough and can’t be creative. We’re Arlingtonians — we can. I don’t know what happened that we lost that.”

In the coming months, McCullough said he will continue to introduce himself and his ideas to voters and community groups. Already, he has met with the Arlington Green Party and Our Revolution Arlington, and said he will look to “have a conversation with all groups that understand the benefits of progressivism.”