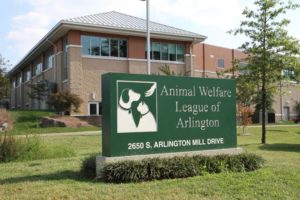 (Updated at 3:50 p.m.) The Fairlington neighborhood has a raccoon problem.

A week after a woman was attacked by a raccoon, requiring 87 stitches, another attack happened in Fairlington this morning, according to the Animal Welfare League of Arlington.

The incident happened on the 4800 block of 28th Street S., AWLA said. That’s the same block as yet another raccoon attack last year.

On a neighborhood Facebook page, the victim’s wife said he was attacked after walking out of his house and, unlike the last week’s attack, no pets were involved.

“One bit him on the leg and the other attempted to get in the house,” the woman said. “Rabies shots required and X-ray of fingers.”

Another neighbor said the attack happened just before 6 a.m.

Animal control officers were unable to locate the raccoons involved in the attack, according to Chief Animal Control Officer Jennifer Toussaint. AWLA is stepping up its response to the attacks, she said via email.

We are actively working on a multifaceted approach to reducing the risk to the public as well as preventing future incidents as quickly as possible. We have reached out to the neighboring animal control agency to quicken potential response times to future incidents. We have contacted a biologist with the VA State Department of Game and Inland Fisheries to access raccoon population management and discuss the most recent incidents and attacks. Animal control formally presented to the Fairlington Villages community and property management last year, with the assistance of the Humane Society of the United States-Urban Wildlife Management, to consider alternative trash policies and other precautionary measures to aid in preventing these types of incidents from occurring while reducing the raccoon population.

It is important that the community stay alert, and that they remove any attractants around their properties including–standing water, trash, and bird feeders. Dogs and domestic pets should be kept inside or on leash at all times. Do not feed or approach any wild, stray, or feral animals, even if they appear friendly or injured. Please make sure your dogs and cats are up-to-date on their rabies vaccinations.

Animal control requests that any sightings of raccoons out in the common areas of this community or encroaching on the property in any way be reported immediately at 703-931-9241. Raccoons are known to be carriers of rabies as well as other diseases so any interaction with them (person or pet) should be reported immediately to Arlington County Animal Control. Animal Control is reachable directly 24/7-365 days a year at 703-931-9241.

On the neighborhood Facebook page, a few residents have started calling for the raccoons to be trapped and relocated or shot, though both are illegal. Others say the neighborhood’s condominium associations should reconsider their trash policies.