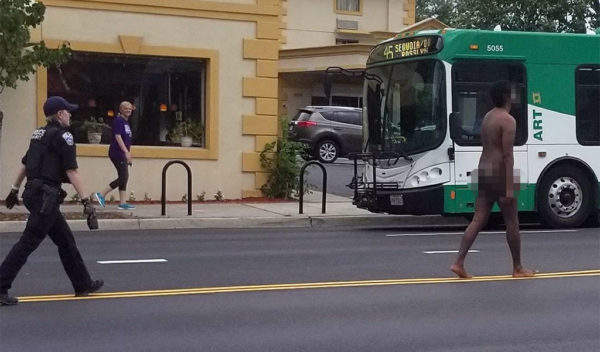 A man walking naked down the middle of Columbia Pike was arrested “without incident” Saturday evening.

Police suggested the man may have been suffering mental health issues. He was transported under police custody to Virginia Hospital Center.

At approximately 5:37 p.m. on July 29, police were dispatched to the 2400 block of Columbia Pike for the report of a male walking in the road naked. Upon arrival, officers made contact with the subject and took him into custody without incident. The subject was transported to Virginia Hospital Center on an emergency custody order. Arlington County Department of Human Services was notified.