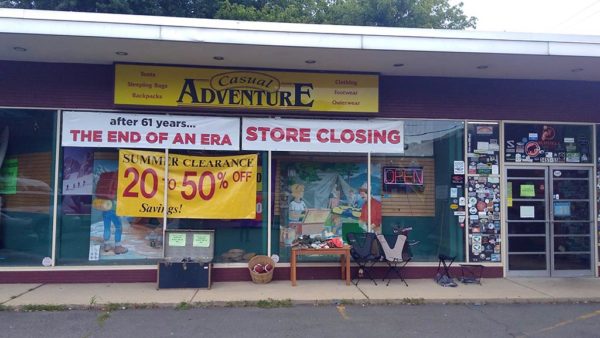 Casual Adventure will be open until at least Christmas, after it signed a new short-term lease on its Virginia Square building.

The pair then agreed on the extension, in part, Stern said, because new development in the area is taking a “little bit longer than originally anticipated.”

“We’ve had a great business relationship, and we were able to extend at least for the time being,” he said. “Then we’ll figure things out from there.”

The long-time outdoor retailer had been set to close its 3451 Washington Blvd location this spring after 61 years in business. It first announced its closure in April and subsequently held an “End of an Era Sale” with large discounts.

Stern said the influx of customers and outpouring of sadness at the store’s closing showed there is still “an obvious need or want for us in this space.”

“The general support from the public has been overwhelming in a positive way,” he said. “I certainly appreciate everybody who’s come in and shared their stories of the trips they’ve taken over the years, the products they’ve bought from us over the years and the photos they’ve had from their trips.”

Casual Adventure is currently holding a summer clearance sale with merchandise marked down as much as 70 percent. Stern said fall items will start arriving shortly.

END_OF_DOCUMENT_TOKEN_TO_BE_REPLACED

More Stories
Ready Arlington: Kids Change Your Plans, Including How You Prepare For EmergenciesGroups Plan to Give Away 650 Free Meals Saturday