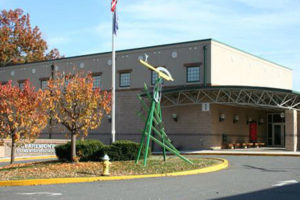 Applying to college is a scary but exciting process. Picking out schools, writing a personal statement and stacking up all of your best accomplishments.

But there was only one experience that I was never able to put into simple words, and that was the 11 years that I spent in immersion classes.

Arlington Public Schools says the goal of the programs is to develop “high levels” of proficiency and literacy in two languages, promote high academic achievement and cross cultural competence.

I started second grade at Claremont Immersion School in 2003. It was the first year the school opened and students came from the immersion programs at Abingdon Elementary and my former school, Oakridge. I spent half my first day reciting the multiplication tables in Spanish, the other half in English. 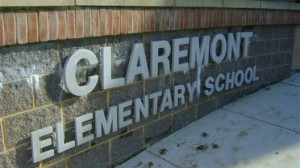 It was not always easy, I struggled with both science and math as I got older and the content got more complicated. I stuck with it, although it was common for classmates to leave the school so they could thrive in a traditional setting.

Language skills improve even more in middle school, when there are 11 hours of Spanish instruction a week. Because subjects switch throughout the day, there’s a possibility to go back and forth from English to Spanish. It’s a brain workout to go back and forth between the two every 45 minutes. Unlike the elective Spanish classes offered in middle school, the Spanish Language Arts class that immersion students take is structured much like an English class.

High school is the true test. Some students struggle with AP level Spanish, as you don’t practice the language the way you do in middle school. With block scheduling, you may only get one day of Spanish instruction.

Continuing to practice Spanish every day is a valuable commitment. Many of my friends are double majoring or minoring in the language. They have traveled to Spain, Cuba and Costa Rica to practice the language.

“I’ve gotten to travel the world with confidence in my ability to speak the language,” said Peyton Johnson, a senior at James Madison University double majoring in Communications and Spanish.

Aside from learning another language, the other perk of immersion is that I was able to forge lifelong friendships. Because there are designated schools to continue the program means I went to school with the same people from that first day at Claremont until my last day at Wakefield.

“A good portion of my closest friends are from immersion,” said Cathleen Madlansacay, a senior International Affairs Pre-Law major who minors in Spanish. Madlansacay and Johnson are roommates at JMU and met at Claremont in third grade.

Speaking Spanish has helped students forge relationships and have seen how immersion matters in a workforce that values employees who are bilingual.

“I have had unexpected conversations with strangers and have gotten job opportunities,” said Johnson.

Most the students I spoke to were grateful that their parents enrolled them in the program.

“They gave me an opportunity to not only become fluent in another language but also immerse myself in another culture,” said Allie Names, a Geography and Spanish double major at Mary Washington University.

Carolyn Harvey, who graduated from Wakefield in 2016, echoed the sentiment.

“I used to always be mad that my parents put me in Immersion but now I’m thankful,” said Harvey. “I always surprise people when they meet me and hear me speak Spanish.”

The Immersion program has progressed since I started all those years ago. The shiny new Claremont that started with 350 students is expanding its capacity to hold 767 students. Now, Wakefield offers Biology, Economics, and Personal Finance in Spanish.

As I approach my senior year at the University of Maryland, I realize how lucky I was to have such an amazing experience that has made an indelible impact on so many lives.