Kristin McCurry noticed that the traditional fundraising agency model was going out of style and after spending years in the industry, she believed she knew just how to fix it.

“I really felt like there was an opportunity to have a next generation agency and that included working differently with the partners that we have,” McCurry said. 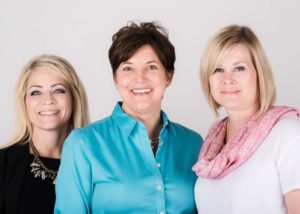 So 12 years ago, she founded MINDset Direct, a multi-channel marketing agency. MINDset works exclusively with nonprofit organizations, such as Whitman-Walker Health, the Children’s Inn at NIH as well as more national and international organizations.

The companies MINDset works with tend to lean towards progressive causes, are children’s organizations or are veterans’ organizations. MINDset focuses on fundraising for these nonprofits.

The way MINDset differs from other alike agencies is it fosters a partnership between itself and the clients it serves, as opposed to a “we make, you take” attitude.

“This was not just fundraising with blinders on,” McCurry said. “This moved much beyond that into understanding how fundraising plays into your branding, how it plays into your marketing, how it is complimented or challenged by your organizational structure, changes in mission etc. It’s a much more comprehensive approach.”

As a result, MINDset has many relationships with its clients that have endured over the years. It just celebrated a 12-year anniversary with one client.

“It’s really been very confirming that the time was right for a next generation model and that we have met and exceeded the expectations of our clients,” McCurry said.

When MINDset was first created, many startups were just beginning to take form. An Arlington resident, McCurry knew she wanted her company to be based in Arlington because of the incredible talent pool located here.

“We knew that we were going to need bright, energetic people to be on staff,” McCurry said.

For the first eight years, McCurry and her staff worked out of a garage-turned-studio at her house on Jefferson Street. Then three years ago, they moved to Clarendon.

McCurry explained how since the presidential election last year, charities across the nation have undergone immense transformations. Many organizations are experiencing a “Trump bump,” which is an increase in fundraising thanks to the election. However, the bump is not limited to just conservative or liberal organizations — it encompasses the entire spectrum.

McCurry believes many people are donating to nonprofits because of their frustration with the current political situation. She said donating to a worthy cause makes people feel better about themselves, and noted that in her 30 years working in the fundraising industry, she has never seen anything like what’s been happening at charities post-election.