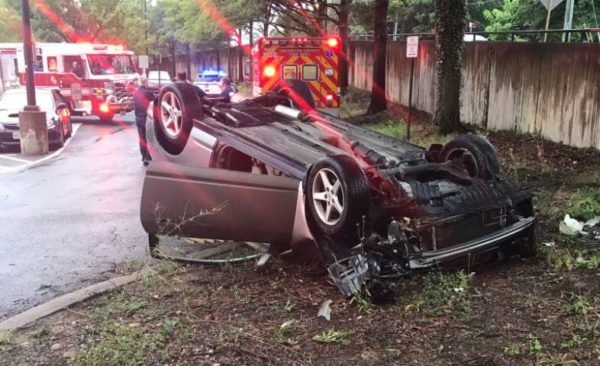 A driver “hit the gas instead of the brakes” and flipped her car in the East Falls Church Metro commuter parking lot this morning, according to a fire department spokesman.

The incident was first reported around 7 a.m.

Rescuers from the Arlington County Fire Department helped to extricate the woman from the overturned vehicle. She was transported to the hospital with minor injuries, the spokesman said.