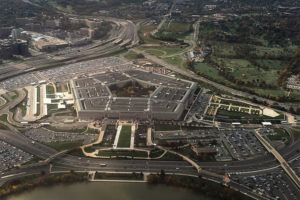 As tensions with a nuclear-armed North Korea escalate, it may be prompting some who live here in the D.C. area to reflect on the threat of nuclear conflict.

While experts say nuclear war with North Korea is unlikely, and both the North Koreans and the United States continue to talk about deterrence rather than aggression, there is no denying that the nation’s capital is a prime target for anyone who wants to attack the U.S.

Even in the event of a conflict, North Korea’s intercontinental missiles would not be able to reach D.C., according to news reports. Still, given our proximity in Arlington to places like the White House, the U.S. Capitol, and the Pentagon, how worried are you — in the back of your mind — about nuclear warfare given the latest escalation in rhetoric?